Local DJ and music producer Nathaniel Red approached me with a need to rebrand himself as a marketable musician in the Internet Age. Hip to the digital meme-scenes of websites like Reddit, he wanted me to design him a fully responsive website to showcase his work with the “vaporwave aesthetic” in mind. I jumped at the chance to to play with a color pallet I really dig as well as a web-based movement I really enjoyed. Additionally, he wanted to take his existing logo which featured the letter “N” and modify it to a “D” to fall in line with his new moniker, simply “Daddy.” The end result was a neon-colored home on the web for the rising musician to share his mixes and show dates as well as sell his merch which I also helped him to design. I also got the chance to take some of the graphics I created for the site and subtly animate them so he could use them as interesting projections to compliment his live performances. 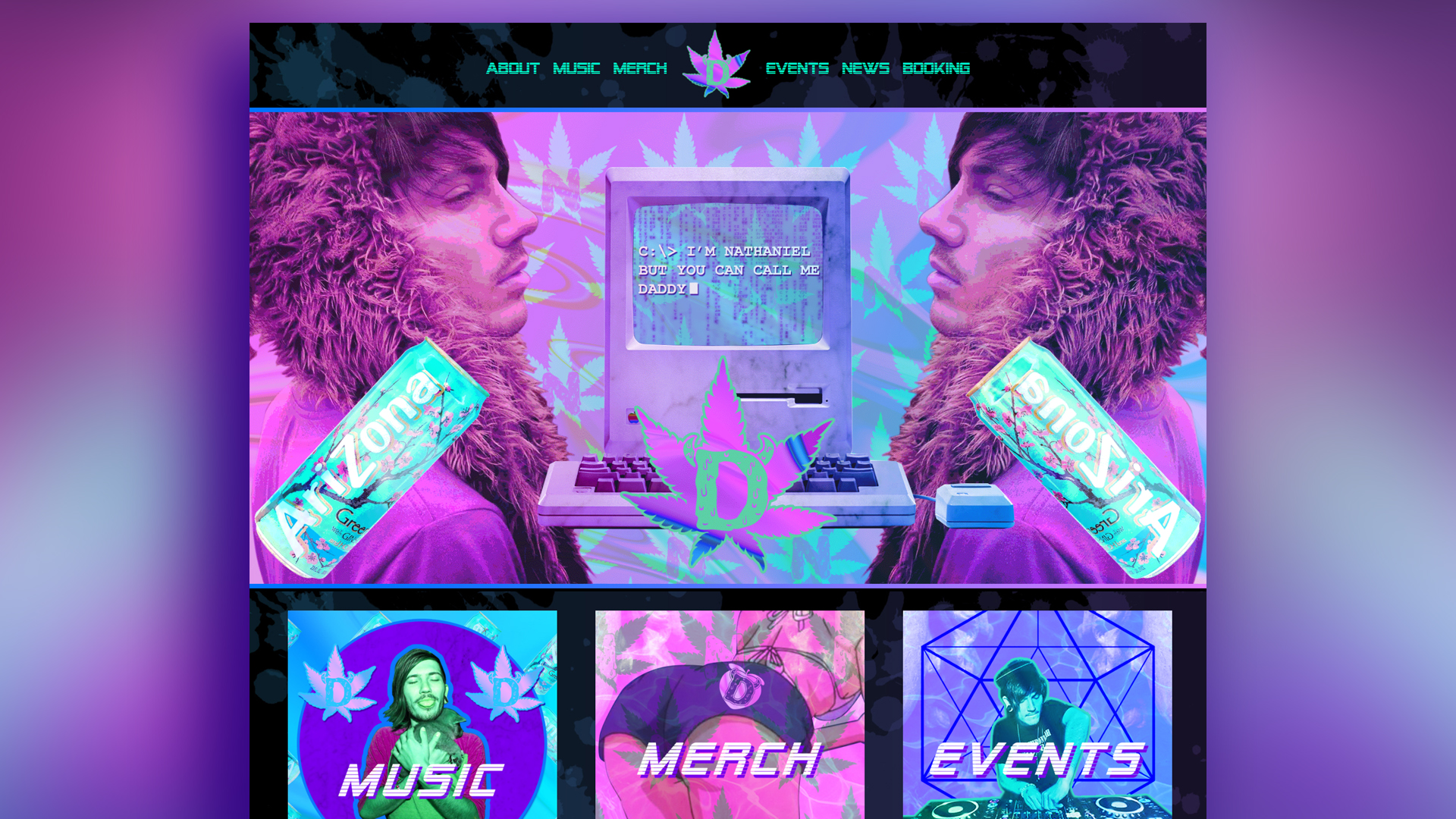 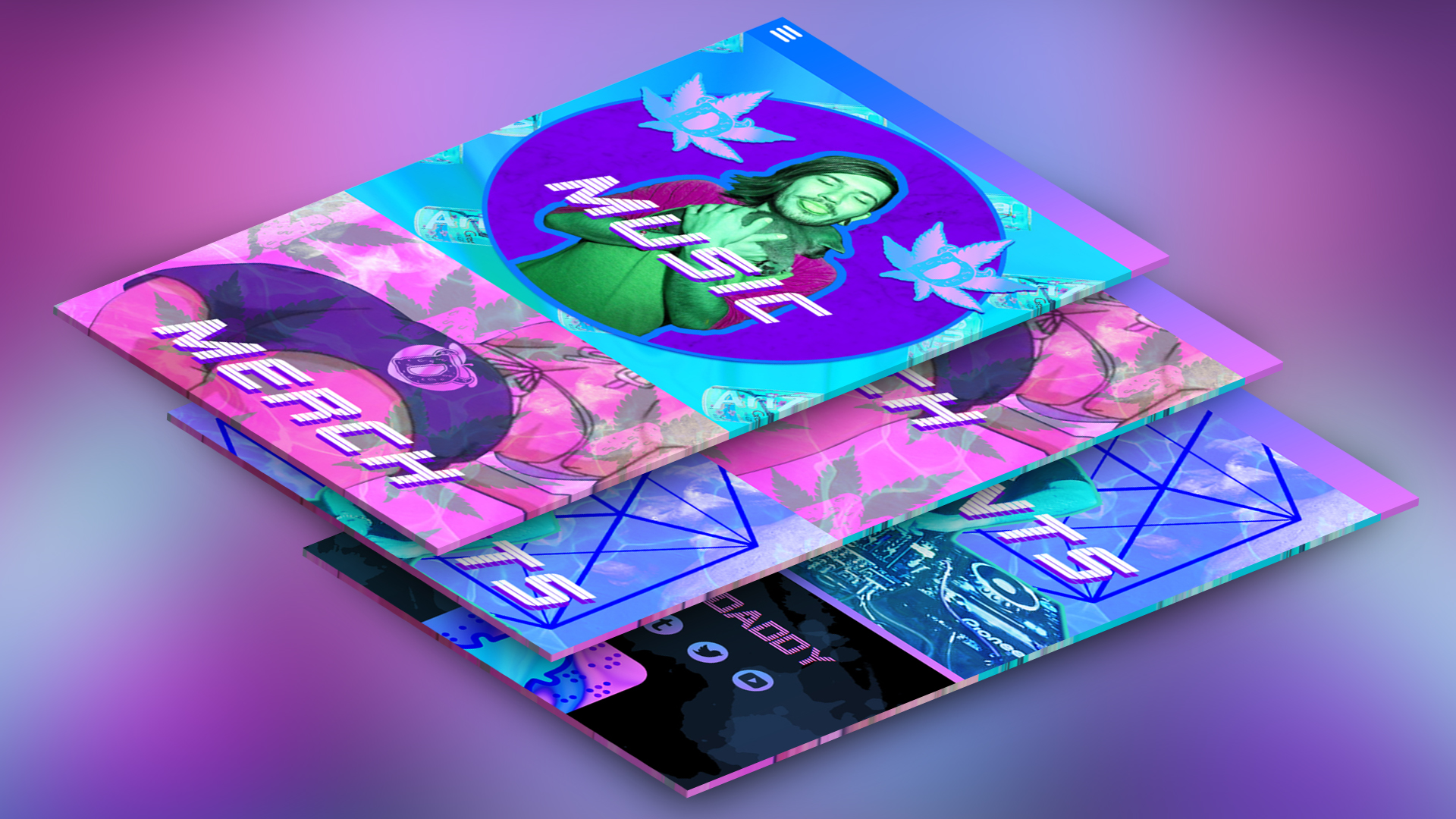 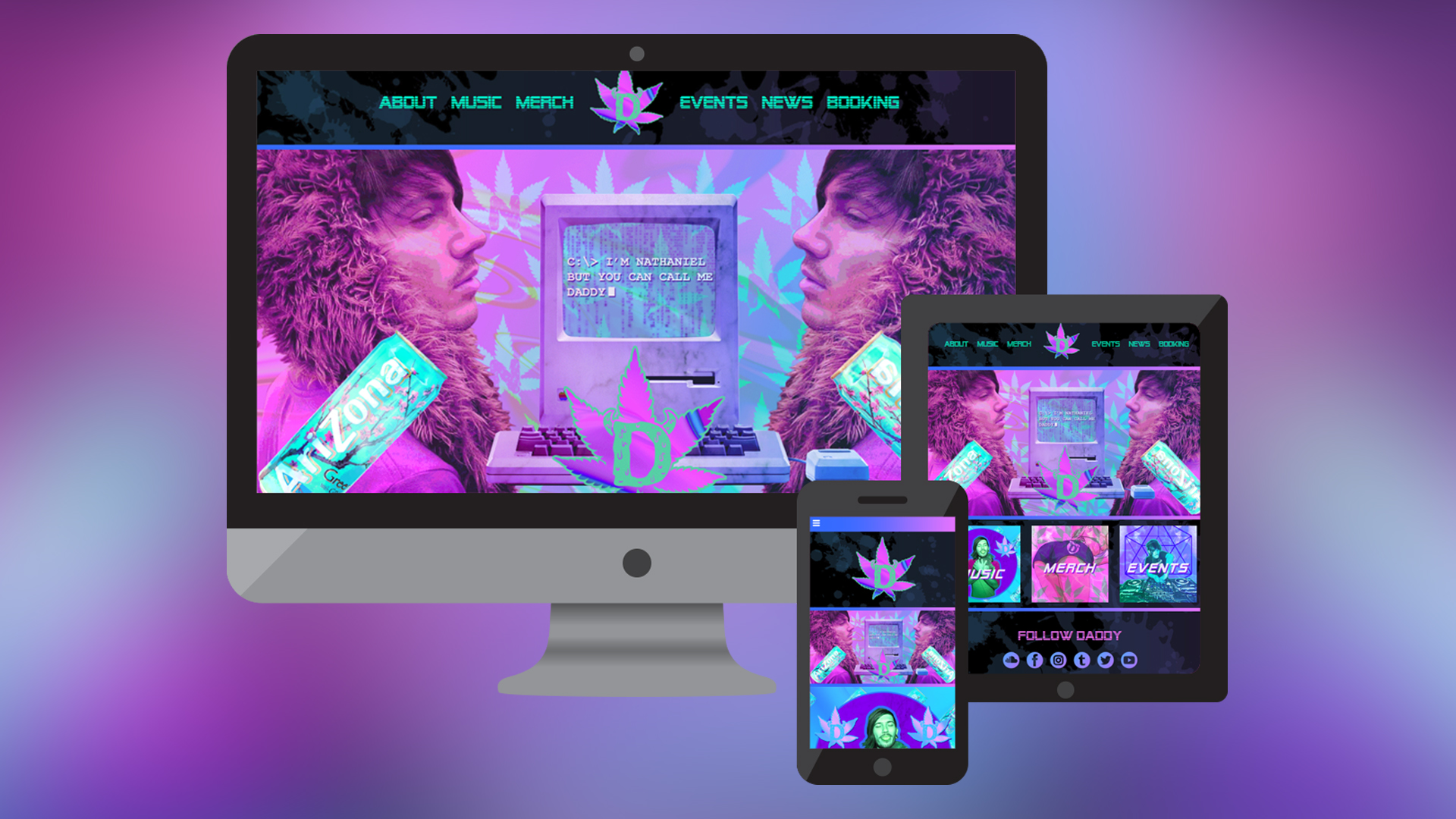